Sustainable Prosperity's first foray into Good Cause/Good Return investing began with a mixed the potential for a mixed-use development  with a “Pocket Neighborhood” Affordable Housing project to be built on land in Pittsboro, NC behind the Historic Chatham Mill on the Small Street Extension and Masonic Street. On March 1, 2012, the first community based investor received a promissory note for a 1-year investment that was in line with the investor’s values and the long-term health of the community. 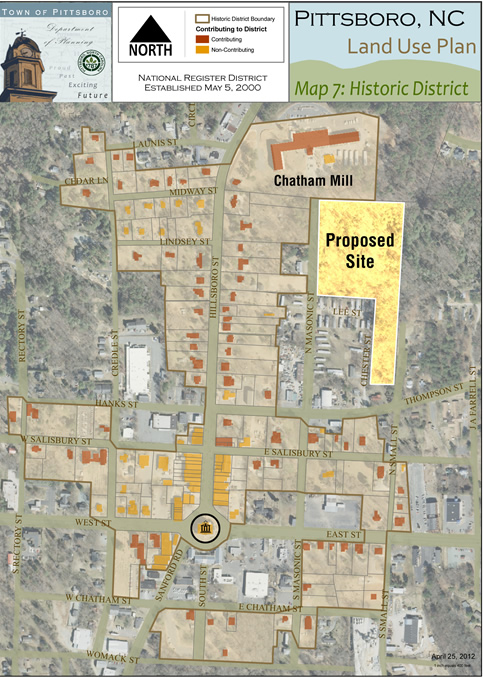 After the initial investor, it was necessary to structure the investment differently because multiple investors were needed and an entity was needed to hold the property for collateral.

The investors formed a member-managed Limited Liability Corporation (LLC), which became the NC Sustainable Community Fund, LLC. The fund secured deed of trust to manage the aggregated community investment in common. Each investor owns a percentage of the LLC that equates to the amount of capital and/or equity invested. The initial fund is managed by Dr. Sally Goerner and members inlcude a wide range of individuals who favor good cause investing including former Carrboro Mayor and State Senator Ellie Kinnaird.

Gary Phillips has served as an advisor to fund since 2014.

Investment vehicles of this type can ceratinly play a positive role in communities across the country and require competent legal and professional advice.