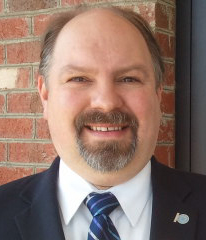 Randolph “Randy” Voller is the former Chairman of the North Carolina Democratic Party, the Sixth Congressional District Committee and the Chatham County Democratic Party as well as a four-term mayor of Pittsboro, NC.  Randy founded VRC, Ltd. in 1995 with his father Lothar "Lot" Voller. The firm focuses on business consulting, real estate brokerage and development. Before his death in 2012, Lot brokered international import/export projects from Russia, Italy, Germany and South America. Randy led work on Chatham County developments such as Chatham Forest, Daniel Ridge and Wilkinson Creek, which currently generate ad valorem tax revenues of nearly $600,000 a year to Chatham County and the Town of Pittsboro. He also led the effort in 2009 to allow liquor-by-the drink in Chatham County, which led to the growth of new businesses and restaurants such as the City Tap, the "Mod", and the Postal Fish Company. He is currently the President and owner of VRC, Ltd. as well as the publisher of the Chatham County Line.

Randy has provided leadership on several local, regional, and state boards including as chairman of the Triangle Area Rural Planning Organization, and membership on the boards of the NC Housing Finance Agency, Advanced Energy Corporation, the North Carolina Juvenile Justice Grants Committee, the Chatham County Economic Development Corporation , the Chatham County Affordable Housing Task Force and Solid Waste Advisory Board among others. Randy is still a member of the NCDP Executive Council, NCDP Executive Committee and Platform and Resolutions Committee. He founded the NCDP Labor Caucus and was a DNC delegate to the 2016 Convention in Philadelphia.

Randy is also a Leadership Triangle Goodmon Fellow, a 2010 Marshall Memorial Fellow (GMF) and a 1991 graduate of Indiana University, Bloomington with a degree in History, a minor in East Asian Studies and a member of the honors program. He also participated in the Latino Initiative with the UNC Center for International Understanding in 2010 and was twice named a "Home Town Hero" by WCHL.  In 2009 Voller received the Carl E. Thompson distinguished service award from the Chatham County Human Relations Commission, and in 2013 the West Chatham NAACP awarded Voller their Humanitarian Service Award along with Chatham County’s School Superintendent, Robert Logan.

Randy is a founding board member for Main Street Pittsboro as well as Sustainable Prosperity where he also serves as its President. In addition, he is a board member of the Orange Chatham Association of Realtors and also serves as co-chair for the Government Affairs Committee and RPAC.

Voller grew up in Northwest Indiana with his father Lot, his mother Viktoria, sisters Meredith and Cynthia and maternal grandfather Harry Danning.  He is a graduate of Andrean High School and has resided in North Carolina since 1991.  He lives in Pittsboro with his wife Lesley Landis and their chocolate labrador Karma. 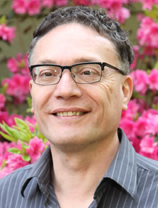 Arturo is a founding board member of Sustainable Prosperity, Inc.  He is a native of El Salvador who immigrated to the United States in 1971. While he currently resides in Seattle, WA, Arturo lived in Chatham and Orange Counties from 1990 to 2012. He is a tenant counselor with Solid Ground, an agency working to promote housing stability. He holds a BA from Rutgers College, an MA from SUNY-Binghamton, and a JD from NCCU School of Law. Arturo was on the African & Afro-American Studies faculty at UNC-CH from 1992 until 2005. While at UNC-CH, Arturo developed and taught History of Blacks in Latin America and also taught Introduction to African Civilizations, and African Muslim History. He also participated in the Latino Initiative with the UNC Center for International Understanding in 2010.  He is a member of the North Carolina Bar and, among other civic activities, participated in NC Legal Aid’s Volunteer Lawyer’s Program representing victims of domestic violence. Arturo’s community involvement in Chatham included membership on the Chatham County Affordable Housing Committee, and the Chatham County Arts Council, Pittsboro Precinct Vice-Chair in 2011-12 and membership of the Prosecutorial District Committee for the Chatham Democratic Party 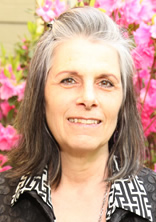 Jan Nichols is Chief Technology Officer at the NC Justice Center. She also serves as chair of the Chatham County Democratic Party. Prior to working at the Justice Center, Jan served as Development Director for NC Equity. Nichols draws on the varied technical experience she's gained working and volunteering in the field of development and communications. Originally from New York City, Jan's background is quite varied, having worked in live theatre as a scenic designer, and lighting and technical director and in television as a lighting director. Jan has a BS from SUNY Binghamton in Theatre, a Masters of Fine Arts from the University of Texas at Austin in Theatrical Lighting and Technical Production and a Masters of Public Administration from North Carolina State University. She also completed a nine-day Outward Bound course in Western NC. Jan is a graduate of Leadership Triangle. Jan's community activities include volunteering for the Duke Primate Center, serving as a board member and volunteer mediator for the Durham Dispute Settlement Center, volunteer staff for the Carnivore Preservation Trust and board member for the Chatham Arts Council. 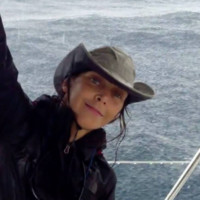 Jil Christensen is a composer/pianist/synthesist – an unlikely leader of a disaster relief effort.  But Jil was moved by the lack of response to the needs of farmworkers and migrant laborers, the poor, people of color, and under resourced communities during Hurricane Florence.  She focused her creativity and energy into successfully meeting those needs.

Jil quickly realized that there was no lack of disasters these days and thus an on-going need for a decentralized collaborative based disaster relief organization to facilitate volunteer, NGO, donor, and government coordination during a rapid disaster response specifically focusing on communities that are often forgotten during large disasters.  Day One Disaster Relief was born with a dynamic Director. 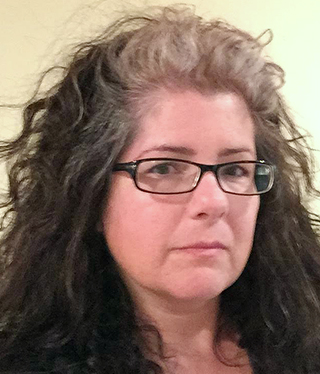 The Board of Directors may appoint a Board of Advisors to help Sustainable Prosperity accomplish its goals. 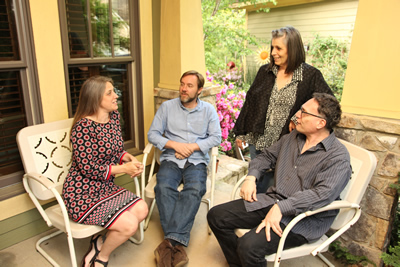 The Board of Advisors has no role in the management, business, or the affairs of Sustainable Prosperity however it may provide input, shape policy, and assist the board in the organization's efforts to accomplish its mission.

Sustainable Prosperity is currently recruiting additional members of the Board of Advisors to begin terms for FY 2016.